Get to know the seasoned, mission-driven individuals behind the curtain. 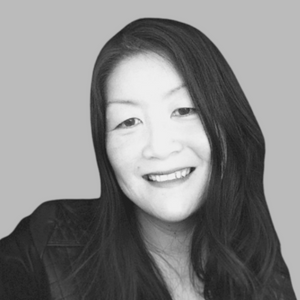 Lilly is the Founder of HYPHENOVA (HYP). She has two decades of experience across public, private, and startup ecosystems and is a committed leader in expanding opportunities for underestimated and underrepresented communities. She is an alum and prior lead of Startup Leadership Program as well as the Founder of Propel Program, an incubator for underestimated early stage founders. She serves on the advisory board of POWRPLNT, which is committed to providing digital arts education, resources, and mentorship to thrive in the creative economy. https://twitter.com/lillyatpropel 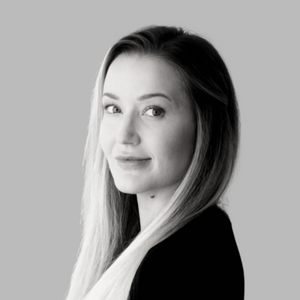 Charlotte is a seasoned serial entrepreneur and a social impact thought leader. Charlotte has focused on catalyzing social good through impact-focused ventures. She has co-founded and led startups focused on improving social mobility, as well as several e-commerce brands seeking to redefine sustainability. Charlotte is passionate about social justice, closing the wealth gap, and amplifying voices from around the world. She has been featured in Thrive Global, CNBC, TickerNews, and Worth Magazine. 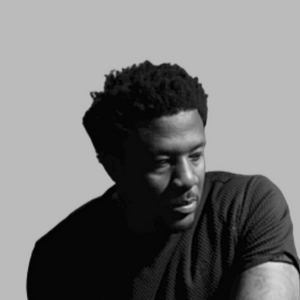 Geno is an American filmmaker hailing from Chicago, IL, most known for his award-winning series THE THERAPIST, the greek life series BLACK BOOTS, and the love story JONES. He successfully built Artistic Standard TV that showcases original content and diverse talent. He has sharpened his producing, directing, and writing skills, working alongside Oscar-  and Emmy- Nominated filmmakers Virgil Williams, Ali LeRoi, Debra Martin Chase, and Aaron Gilbert. He is a member of the Writers Guild of America and the associate board of Colour Entertainment. He leads The Artistic Standard’s BIPOC Mentorship & Apprenticeship program, and represented by Adam Robinson at The Rookery. 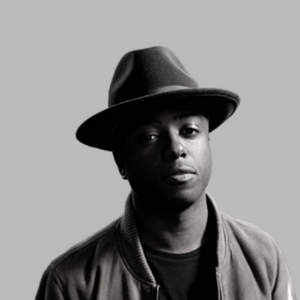 Myles is an American film, television, and stage actor and producer of Nigerian descent. He has appeared on primetime television, including FOX’s Lethal Weapon, NBC’s Game of Silence, ABC’s Agent Carter, NBC’s Aquarius. Myles is the Executive Producer and Partner of The Artistic Standard, where he produces, performs in, and distributes socially and culturally impactful stories for film, television, and digital. He acted in the short film ‘Remember To Breathe In The Dark,’ which won him a Best Male Performance Award. Myles is represented by Sherry Kayne at Moxie Artists Management. 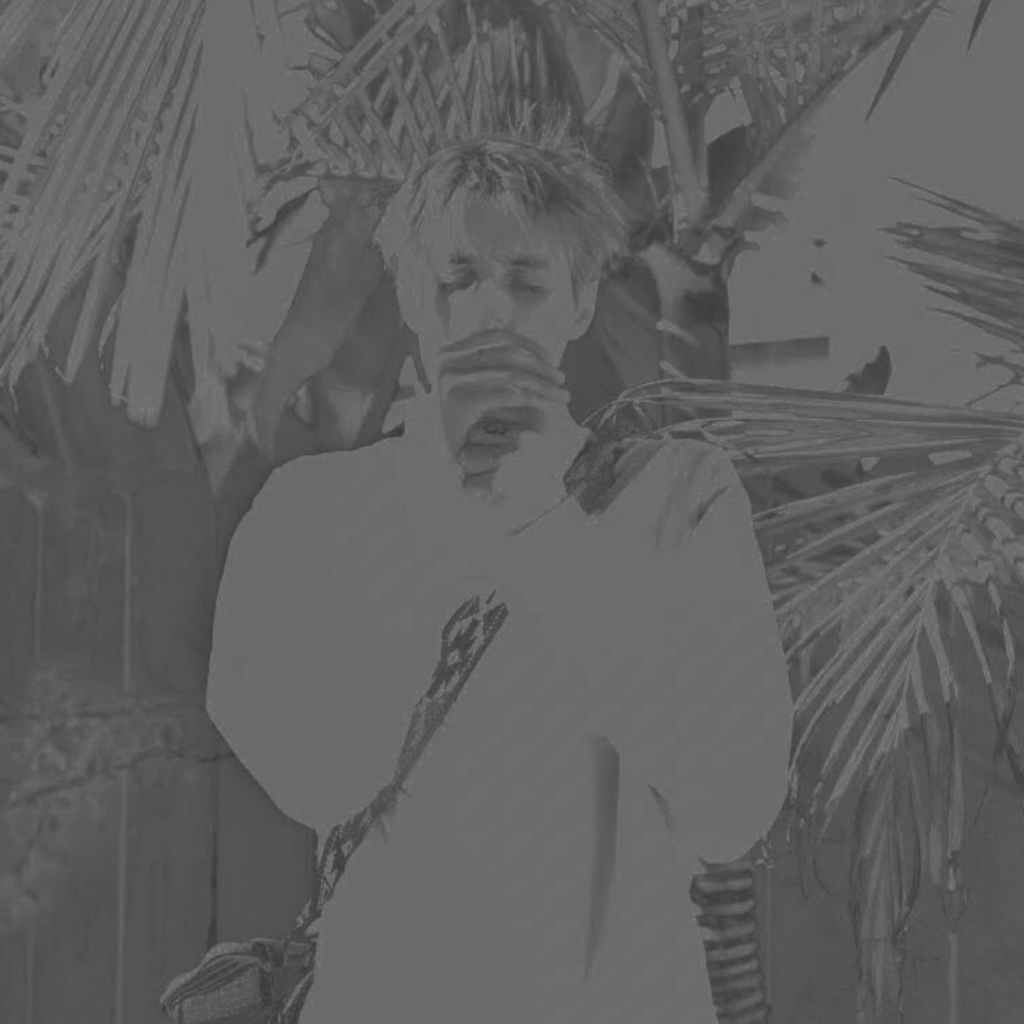 After transitioning from Sony Music as an A&R and ICM Partners helping creators pursue their dreams to working for the Senate of California as District Representative for Senator Ben Allen of SD 26 where he addressed issues such as environmentalism, homelessness, and mental health, social activist, host and comedian, Will Gaines started working with HYP as CCO to bring creators closer to financial freedom in Web3. Will, based in Los Angeles, hosts the weekly podcast “Living With Will”, as well as his Comedy-Documentary series on YouTube nicknamed ‘Non-Fungible Content’, both of which being hybrid interview/talk series where he mixes urgency with humor to discuss global issues facing humanity, all while highlighting those who use their voices in creative ways to make positive change. People Pursuing Purpose. Influenced by Will’s personal experiences while living everywhere from France to D.C. to Brooklyn, “Living With Will” addresses timely topics across globally relevant subjects including racial injustice, the environmental crisis, homelessness, systemic harm and many others. From day one, Will’s life calling has been to bring out the best in people by making them laugh. 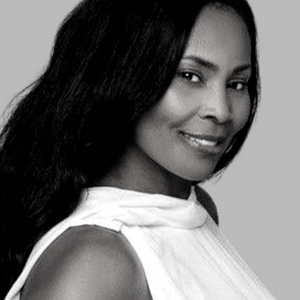 Karen has 15 years experience as a television and film executive producer, casting director, and host. She is the CEO of Fenderson Enterprises Inc., a Multi-Media Creative Agency. As an educator, inspirational speaker, network and brand strategist, she works with creators to elevate their brand through digital television, media, & social media. She has worked with several notable companies, including LA Dodgers, RokuPlayer, and Paramount Pictures. Karen is represented by The Buchwald Agency. 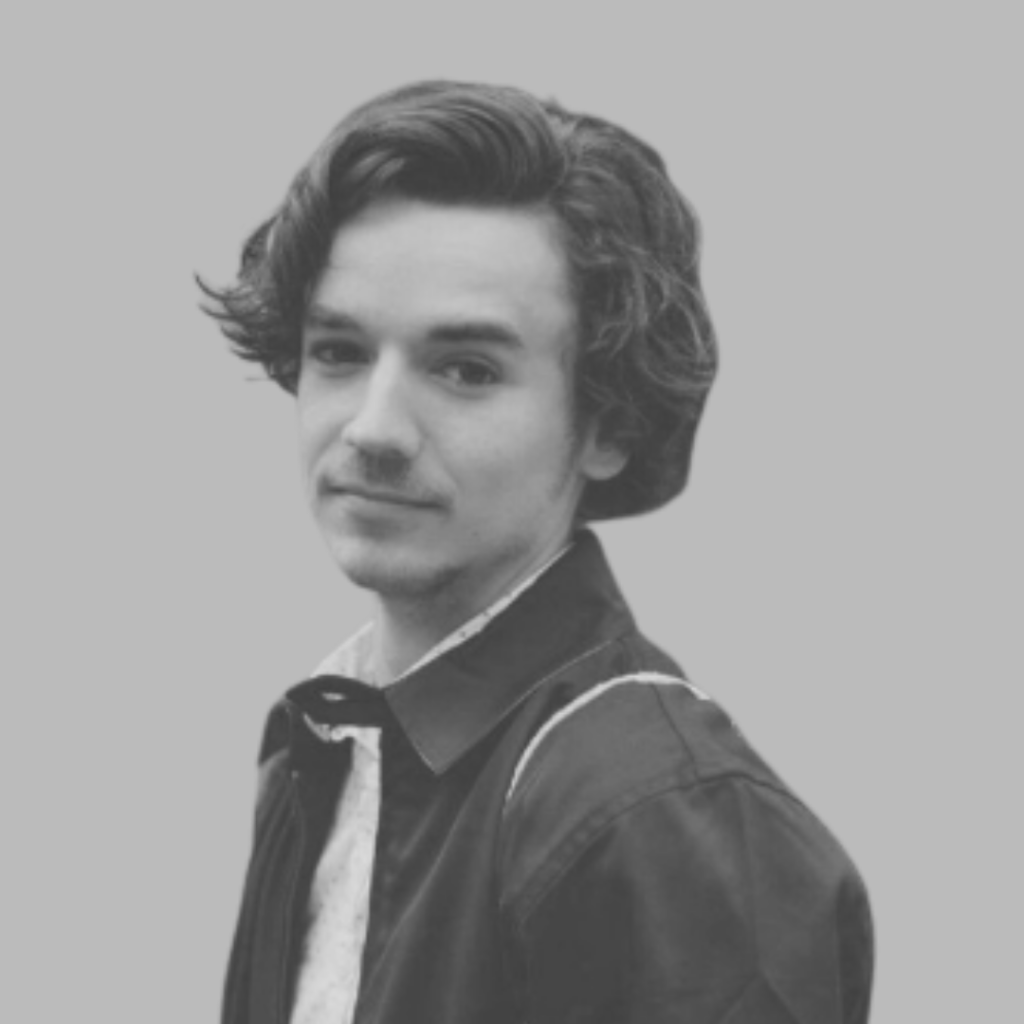 Jake is a Emmy® Award winning producer, editor, and series creator dedicated to finding ways to tell stories and elevate unrepresented voices. In 2020, Jake won an Emmy® Award for “George to the Rescue”. Creator of NBCUniversal docu-series “Sincerely, GenZ,”  airing nationwide and streaming on Peacock. Trusted, and honored, to lead this series as an initiative to transform the way news stories are told and elevate unrepresented voices. Editor for NBC’s Primetime Special “L’Oréal Paris Women of Worth,” which honored women who never gave up and  always give back. 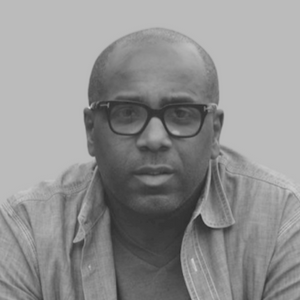 10g (Colin Drummond) is the TMZ Washington Bureau Chief. A 2x Emmy® Award nominated celebrity journalist, he is a media, TV, and film producer as well as a futuristic public speaker. 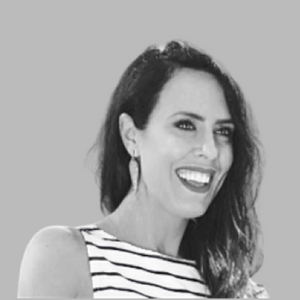 Cassydy is a seasoned CMO with 20 years experience in senior marketing, brand strategy, and business development roles. She is a digital content creator and an experienced fashion and lifestyle influencer. She has worked with a significant portfolio of creators, influencers, and notable brands, such as CoverGirl, Toyota and Salvatore Ferragamo. She is also a classically trained musician, singer, and alumna of University of Southern California. 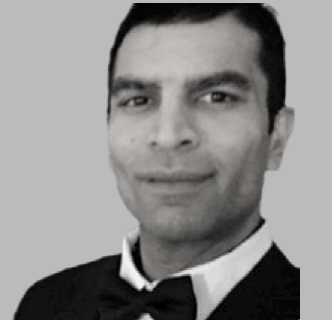 Aakash is a connector, community builder, and brand strategist. He is intentionally interdisciplinary and works with brands and founders across a wide range of areas including hospitality, interior design, metaverses, blockchain, and NFTs. As a human impact serial entrepreneur, Aakash is an active startup advisor and media contributor as well as an NYU alum and mentor. 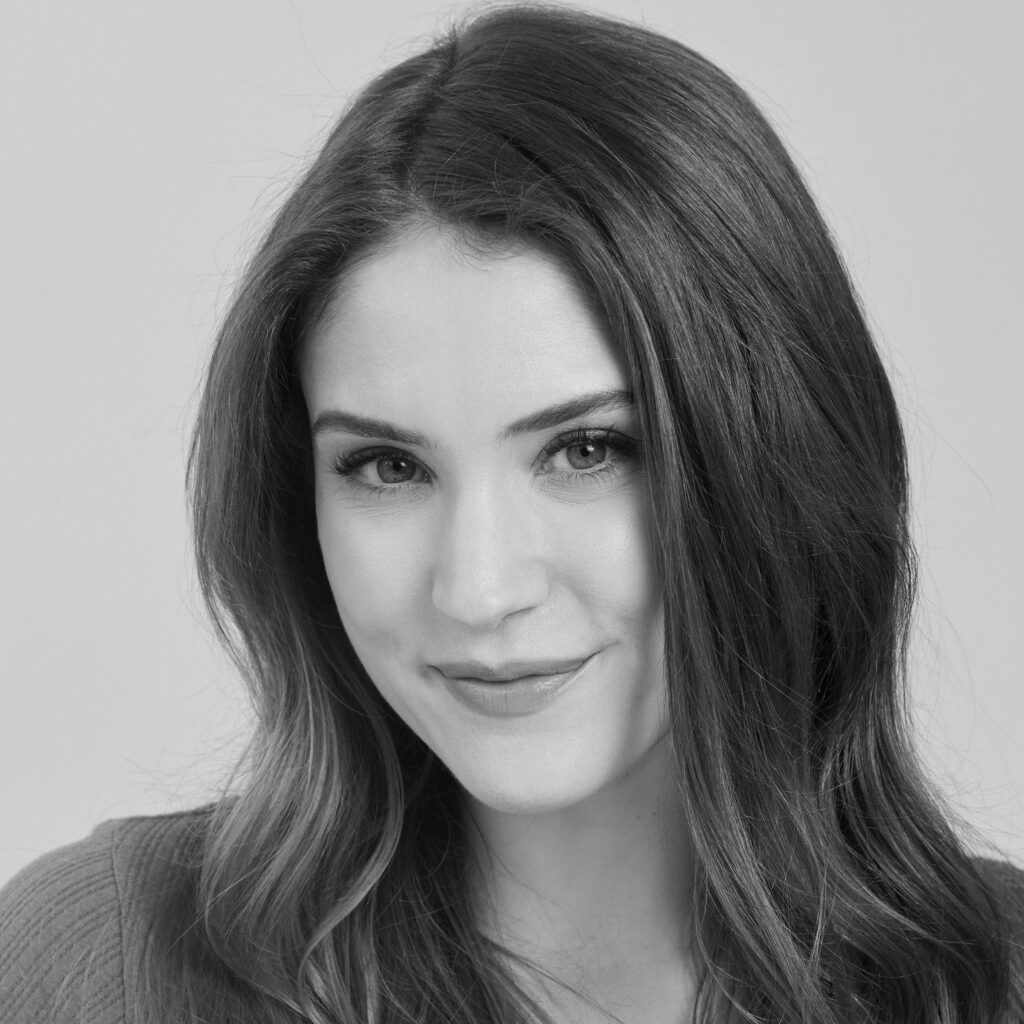 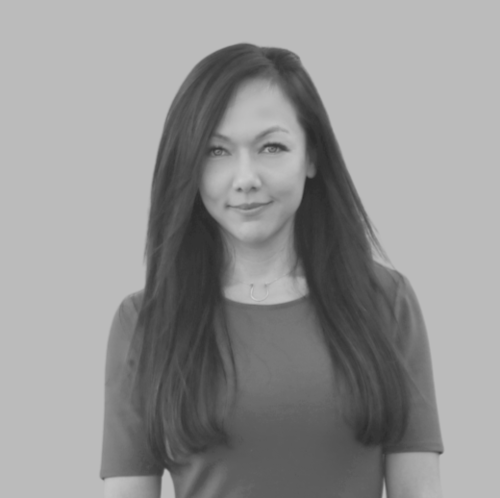 Ruth has always been extremely passionate when it comes to the entertainment industry, originally moving to Los Angeles to pursue a career in acting. She soon realized that her passion lay in the creative storytelling done behind the camera. This led her to a career at top studios (such as CBS and Sony), where her roles included Business Affairs, Publicity and Event Planning. She has worked on major box-office hits such as Ghostbusters, Jumanji, Men in Black International and Charlie’s Angels. In addition to her major-studio work, she recently produced the indie feature film Low Low, released by Gravitas Ventures. 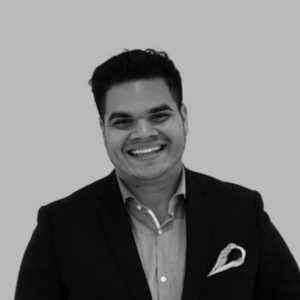 John is a fierce and experienced sales professional with a commitment to delivering equality to the music industry. John began his career at NCC Group, where he focused on strategic partnerships. John also participates in both Semi-Pro and Professional Rugby and previously earned a Division 1 National Championship at Notre Dame College in Ohio. 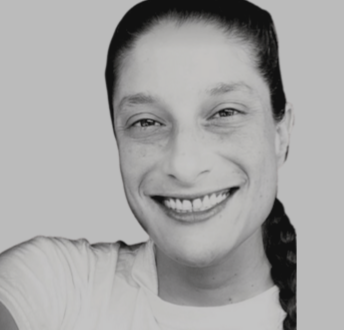 A cold call beast and top sales producer, Michelle is an entrepreneur and executive sales consultant and strategist. David Mamet’s famous screenplay Glenngarry Glenn Ross was written about her grandfather’s office. A proud member of the Jewish community, Michelle enjoys volunteering with the Jewish Federation amongst many other charitable organizations. 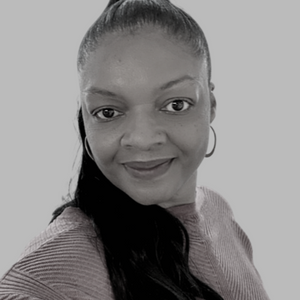 Tracy is an award-winning author and publishing and branding consultant with 15 years of senior project management experience. She has a vested interest in preserving the history of the greats who defined culture and is dedicated in fostering the careers of creators today. Tracy holds a B.A. from Georgetown University and a J.D. from Catholic University Law School. 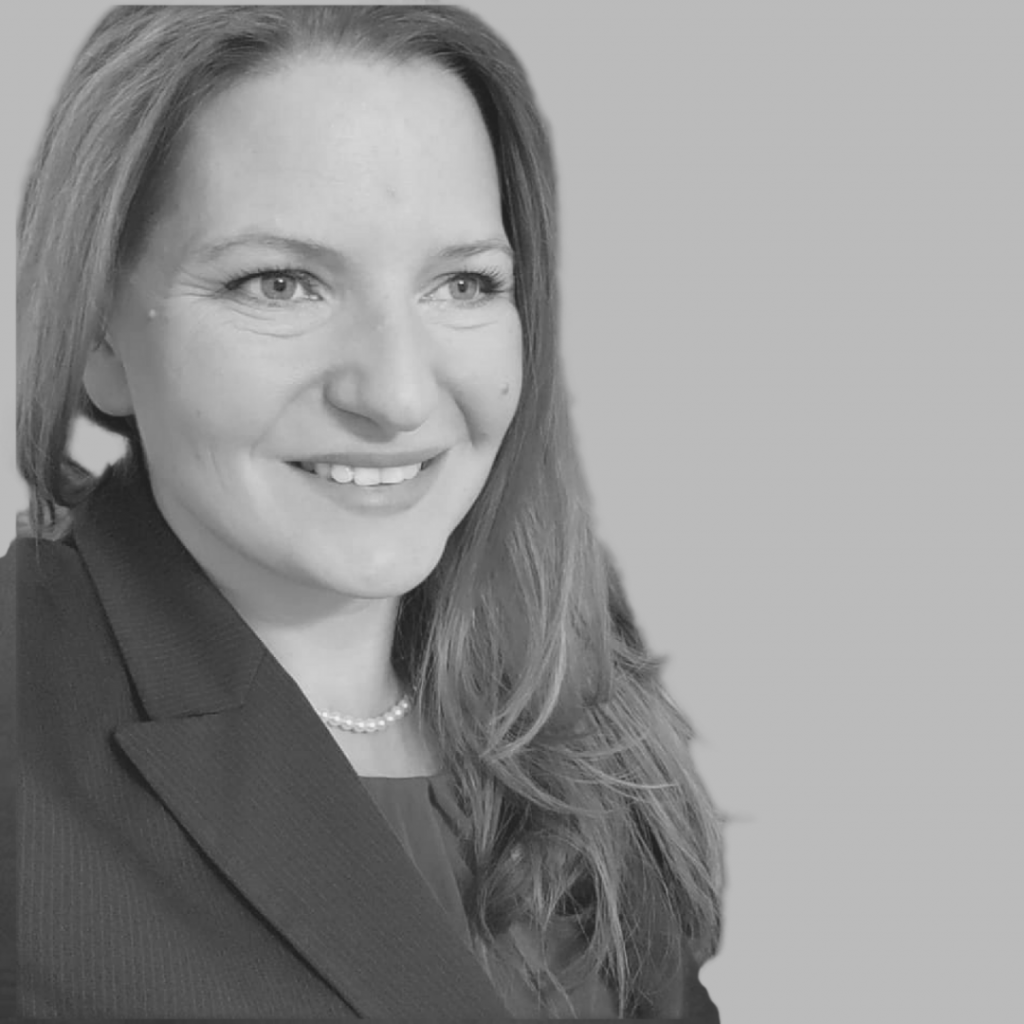 Cait is an accomplished strategy and management professional and servant leader with broad expertise ranging from massive strategic initiatives at multinational corporations to advising startups. She brings a cross-functional view across organizational disciplines from finance to data management and innovation. Cait has a passion for helping people across all walks of life succeed. Early in her career, she went back to her own high school to serve as the program director for the theater program. Currently, she also serves as a Reserve officer in the United States Coast Guard.

Back to Top
Close Sidebar
The first major social-good omni-channel network, committed to changing the face of media by amplifying global voices and increasing creator ownership.